Motorcycle enthusiast Chris Briggs can now get on his bike following two cataract operations at The McIndoe Centre.

Chris bought the motorbike in February to mark his landmark 60th birthday but knew that riding it would be limited until he underwent two cataract operations to improve his vision.

Chris, who lives in Crowborough, had seen his eyes gradually deteriorate over two years until night driving and reading in poor light became a problem for him.

He was aware of the reputation of The McIndoe Centre and opted to be treated under Consultant Ophthalmic, Corneal and Refractive Surgeon Damian Lake who performed both operations in April and June this year.

Chris said: “Mr Lake was very clear in his explanation of what the operation would entail and we discussed the various options of different lenses so that I could choose what was best for me. I was a day patient both times and the care was really excellent from start to finish."

“I don’t need to wear glasses now and can thoroughly recommend The McIndoe to anyone who has cataracts. The operations have really made a difference to my life.”

Since retiring at the end of July, Chris is making sure he is out and about as much as possible on his new motorbike! 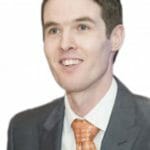 Mr Damian Lake is a Consultant Ophthalmologist, Corneal and Refractive Surgeon. He is accredited in all aspects of eye care but specialises in Corneal transplantation, Cataract and Laser Refractive surgery, Stem cell surgery and reconstruction of damaged eyes.

Eye Surgery at The McIndoe Centre

At The McIndoe Centre, we offer a range of high-quality, specialist treatments led by the very best clinicians — including cataract removal surgery.