It was in her early forties that journalist Annika Purdey first noticed her eyelids were beginning to droop, making her look permanently tired.

Because her role involved a lot of face-to-face contact and being photographed, she contemplated treatment at the time but was held back by a preconception that surgery was ‘vain and only for Hollywood actresses’.  Four years later, her situation changed:

‘I’m naturally confident but was becoming increasingly conscious of my upper lids. When lockdown hit, and I found myself looking at my reflection several hours a day on non-stop Zoom meetings, I knew something had to be done. I was working from home and my daughter was being home schooled. It was a now or never moment and if I didn’t take the plunge the window of opportunity would close’.

So, she plunged and arranged a consultation with Mr Nick Parkhouse, who explained the procedure in detail and advised that an upper eyelid blepharoplasty procedure is minimal but extraordinarily effective. Following a further consultation, Annika decided to go ahead with the procedure, choosing to have it at The McIndoe centre as it was close to her home, and she preferred to minimise travel.

"I’m naturally confident but was becoming increasingly conscious of my upper lids. When lockdown hit, and I found myself looking at my reflection several hours a day on non-stop Zoom meetings, I knew something had to be done."

On the morning of her procedure Annika checked in at The McIndoe Centre.

‘The reception was quiet and spacious, with a comforting air of efficiency. Within moments a nice lady appeared holding a menu and asked me what I would like to eat and drink after my operation. It was like checking in to a five-star hotel’.

That sentiment continued when she was shown to her room:

‘The suites at the McIndoe are huge – light and airy, immaculately clean with flat screen TVs, ensuite bathrooms and seating areas. And mine overlooked the garden’.

She felt calm and relaxed but an hour later as she was led down to theatre, the realisation set in.  ‘I am really doing this’.

Her procedure went well. In recovery when cooling pads were removed and she was handed a mirror, she was pleasantly surprised by her appearance:

‘Surprisingly I looked okay. And thanks to the painkillers, I felt only mildly uncomfortable! Back in my room I enjoyed a delicious superfood salad and delicate sandwiches. Mr Parkhouse called in to see me and by 4.30 I was being led out of reception’.

After a couple of days bruising and swelling set in that was sore rather than painful, at day 7 stiches were removed and by day 10 the swelling and bruising was barely noticeable. Over the following eight weeks there were two further consultations with Mr Parkhouse. Three months on Annika is thrilled with the results of her surgery:

‘Everything I wanted was achieved, with minimal fuss and maximum results. I am immensely grateful that I had access to such a personal practice and to such an experienced, skilled and caring surgeon as Mr Parkhouse. Also, for the fact this clever procedure is available. When I look at myself now, I don’t even notice my eyes – for all the right reasons!’

Annika’s story is an eye-opening experience in more ways than one. Perhaps it’s time that you too take a fresh look at cosmetic surgery and appreciate that it can be a perfectly rational, acceptable and most importantly effective way to rejuvenate your appearance. 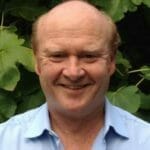 Blepharoplasty at The McIndoe Centre

At The McIndoe Centre, we offer a range of high-quality, specialist treatments led by the very best clinicians — including blepharoplasty.